/ The History & Legends of Jefferson County

The History & Legends of Jefferson County 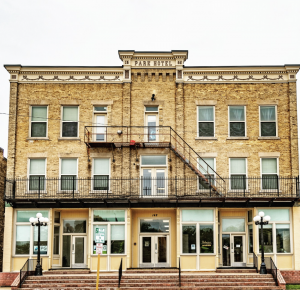 Jefferson County has a plethora of historical artifacts and monstrous mounds, especially at the well known Aztalan State Park. This unique and beautiful state park began as an ancient Middle-Mississippian village that thrived between 1000 and 1300 A.D. The people who settled in Aztalan built large, flat-topped pyramidal mounds and a stockade around their village. A stockade was used to protect settlements in ancient times. In fact, portions of the stockade and two mounds have been reconstructed in the park.

Another incredible hotspot to see such spectacular mounds hand constructed by Native Americans is Garman Nature Preserve, located in Waterloo. There are 22 Indian mounds that have been preserved at peace among the natural wooded landscape. Towering trees in the park include oak, hickory, maple and even cherry trees! There are also beautiful pine trees and spruces scattered in the northern portion of the park. Explore the natural beauty and historical remnants of the past in Jefferson County. If you can’t get enough of these mysterious mounds man made by Native American tribes, be sure to check out Indian Mounds Park in Fort Atkinson.

The mystery doesn’t stop there… Jefferson County is home to the legend of the Underwater Pyramids in Lake Mills. The story goes that Native Americans built pyramids in a valley, hoping to end a long-lasting drought and in return, the gods filled the valley with water. In the beginning of the 20th century, locals and visitors began to notice structures beneath the ripples of the surface that appeared to be man-made. However, scientists and other investigators didn’t believe the tale. Though, many still believed and have recently taken matters into their own hands. They gathered equipment, including sonar systems to capture the structures just beneath the surface. Whether the objects mapped are man-made or not, they graphed huge shapes including an 18-foot tall, tent-shaped stone pyramid with a base measuring in at 60 feet by 100 feet. Now that is truly a remarkable legend only found in Jefferson County! 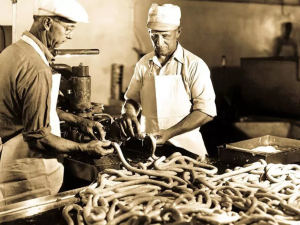 Jefferson County is not only home to cherished Native American history… It’s renowned for its industrial & manufacturing history. This county has a booming economy because of the local companies that have fostered its tremendous growth. CNC Solutions, located in Johnson Creek,  is one of the many local companies that have accelerated the county’s throughout the years. With over 60 years of experience in this business, they look to the future and work to optimize the manufacturing process by integrating automation.

Speaking of manufacturing, Jefferson County has far more than just an industrial legacy. They have a deeply rooted history in farming and agriculture. Settlers first began to manufacture all things dairy from butter, eggs and our Wisconsin icon, cheese. In fact, in the year of 1872, Jefferson County was named the state leader in the entire dairy industry! Later, in 1881, the staple, Jones Dairy Farm was founded because of the delicious secret breakfast sausage recipe. Today, Jones Dairy Farm is still booming and creating tasty sausages and more! You can visit the plant in Fort Atkinson. When you do, be sure to stop by the retail store and charming café for the freshest, local flavor of Jefferson County.

Ever heard of Crystal Farms? They originated right here in Jefferson County! But let’s rewind and start from the beginning. First, during the 1920’s Mr. Nathan Friedell came to America from Russia and founded Nathan’s Produce Company. About 10 years later, a man by the name of Julius Rosenberg came too, but to start his own egg business. After his extravagant efforts throughout the years, Rosenberg and Friedell came together and merged their business under Crystal Farms. Today, the brand is flourishing in Jefferson County’s very own Lake Mills, processing and packaging cheeses from several local cheese makers. In addition, they give back and make a generous donation of around 30,000 cases of cheese to different organizations every year. That’s quite a manufacturing phenomenon. 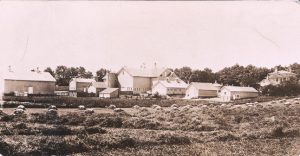 We all know that Wisconsin is the dairy state, but have you ever wondered how it came to be? We owe it to a man named William Dempster Hoard, proud owner of Hoard’s Dairyman Farm in Jefferson County. The farm began by selling milk in the early 1900’s from their Guernsey herd. Not long after, they began bottling the milk and dispersed it to surrounding customers throughout the quaint city. Hoard saw the potential of the region to produce high quality milk and was dedicated to spreading the word.

He could think of no better way to do so than getting involved in the Wisconsin Dairymen’s Association which promoted and educated the population about dairy farming. He supported many ideas in the dairy field, including the ‘single-purpose cow’ which was a cow that was bred for dairy products or beef products, but not used for both. In addition, he worked to improve his prized herd by taking measures like disease inspection and using natural feed such as alfalfa. During his mission to educate the public, he established the University of Wisconsin’s Farmers’ Institutes to educate farmers into well-rounded, informed, ‘dairyman.’

But Hoard didn’t just preach of the rights and wrongs of dairy farming. He led by example on his own piece of land in Jefferson County to show his practices and initiatives first-hand. This land became the roots of Hoard’s Dairyman Farm and quickly grew to 270 acres housing a herd of his famous 90 Guernsey milk cows. For decades, the farm bottled their milk in house until new laws came about that would’ve required the farm to use higher-grade, expensive equipment. Instead, the farm stayed true to their original roots and decided to stop bottling their milk in house, but continued to sell it to farmer-owned cooperatives. Today, the farm is privately owned but forever engraved on the National Register of Historic Places and in the dairy history of Jefferson County.

Jefferson County is full of historic treasures and tales. From its rich Native American history, industrial & manufacturing history, and extensive dairy history, the county continues to intrigue locals and visitors alike to keep digging and learn more about the untold stories that linger in the air, beneath the surface, and twisted in the deep roots of Wisconsin’s soil.

5 comments on “The History & Legends of Jefferson County”