Frank Lloyd Wright is one of the world’s most celebrated architects, but did you know he spent much of his life right here in Wisconsin? Wright was born in Richland Center in 1867 and designed a number of buildings across the state throughout his lifetime. The Frank Lloyd Wright Trail takes visitors on a self-guided driving tour to nine stops across southern Wisconsin, tracing Wright’s steps from his birthplace to some of his most famous buildings. Check out the places you’ll see along this architectural journey. 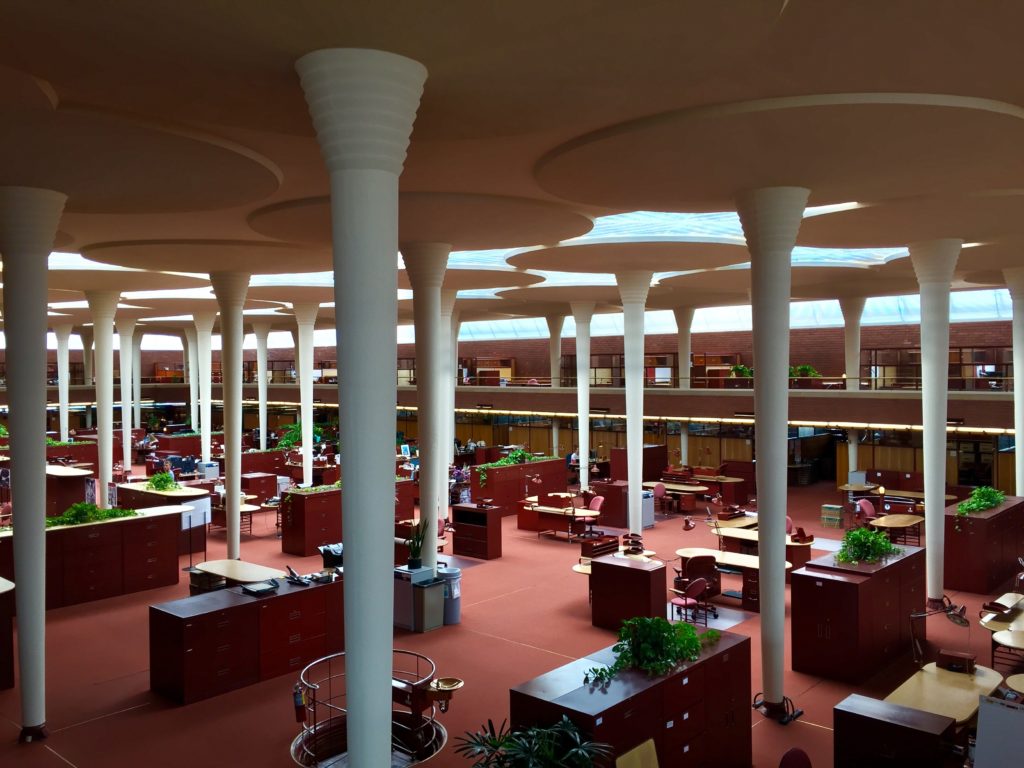 You’ll have major workplace envy after visiting the crown jewel of SC Johnson’s administration building in Racine. H.F. Johnson Jr. commissioned Frank Lloyd Wright to build the company’s headquarters in the 1930s. With large, tree-like columns, birdcage elevators and windows made of Pyrex tubing, it’s far from your average workspace. 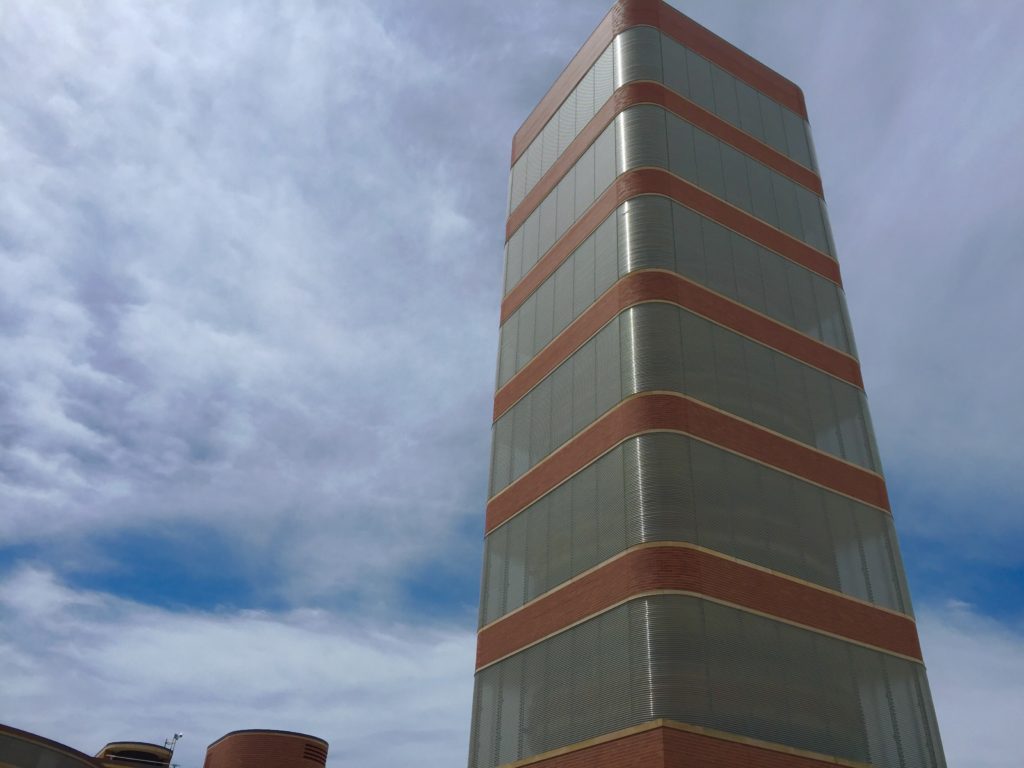 Also found on SC Johnson’s campus, the research tower is the birthplace of some of SC Johnson’s most iconic household brands, including Raid, Glade, Pledge and Off! The tower was built with alternating mezzanine levels, which allowed the scientists to easily communicate by shouting back and forth – talk about a collaborative workspace! 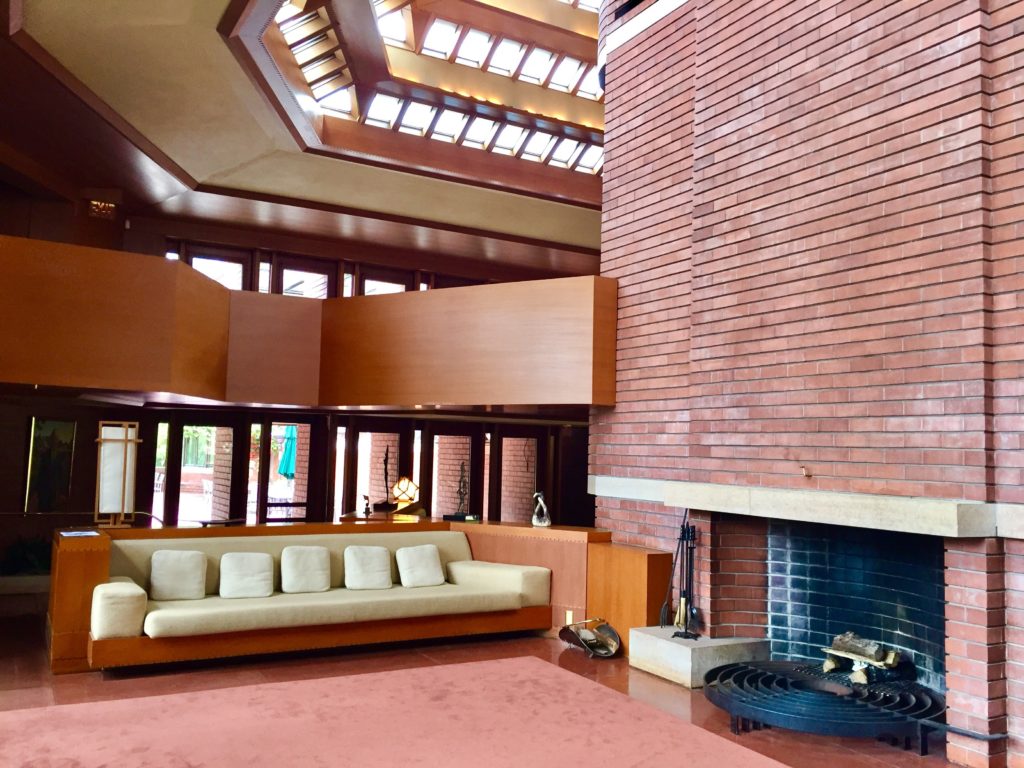 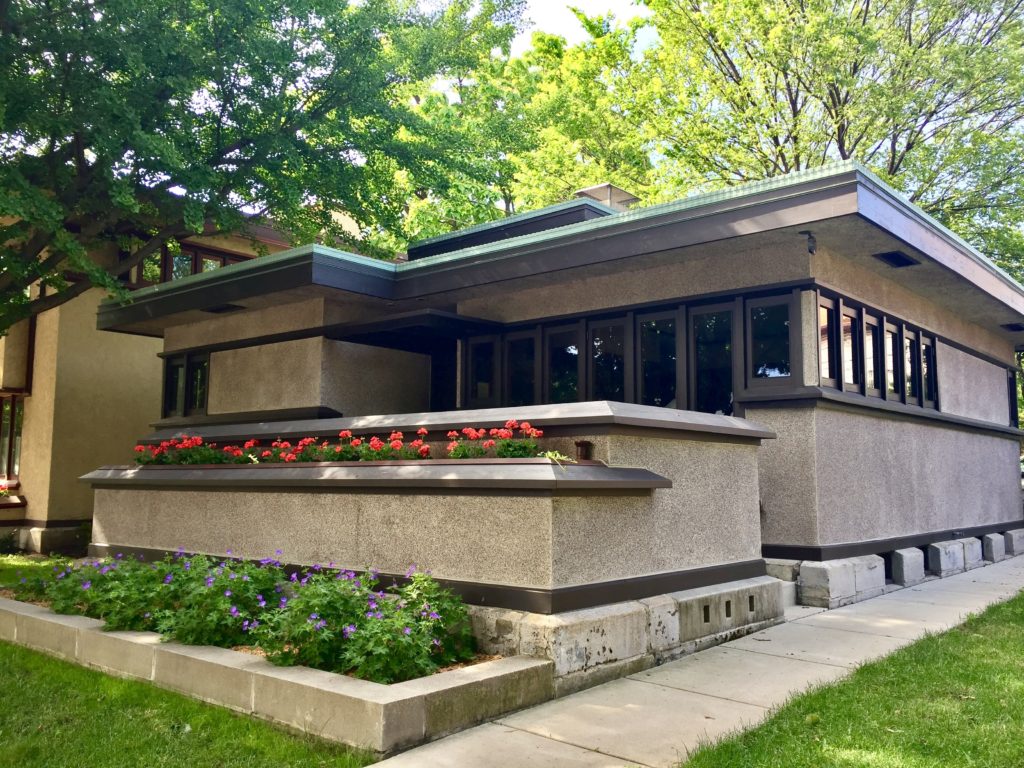 While Frank Lloyd Wright is famous for his grand, organic designs, he was also passionate about designing homes aimed at moderate and low-income families. Examples of these homes are scattered throughout the Midwest, but a handful can be found in Milwaukee, including one on Burnham Street, which is open for tours.

Set on the shores of Lake Monona in Madison, Frank Lloyd Wright originally designed his “dream civic center” back in the 1930s. While Wright died before the building was ever created, a handful of people who had worked with him and shared his vision for the lakefront masterpiece oversaw the project. 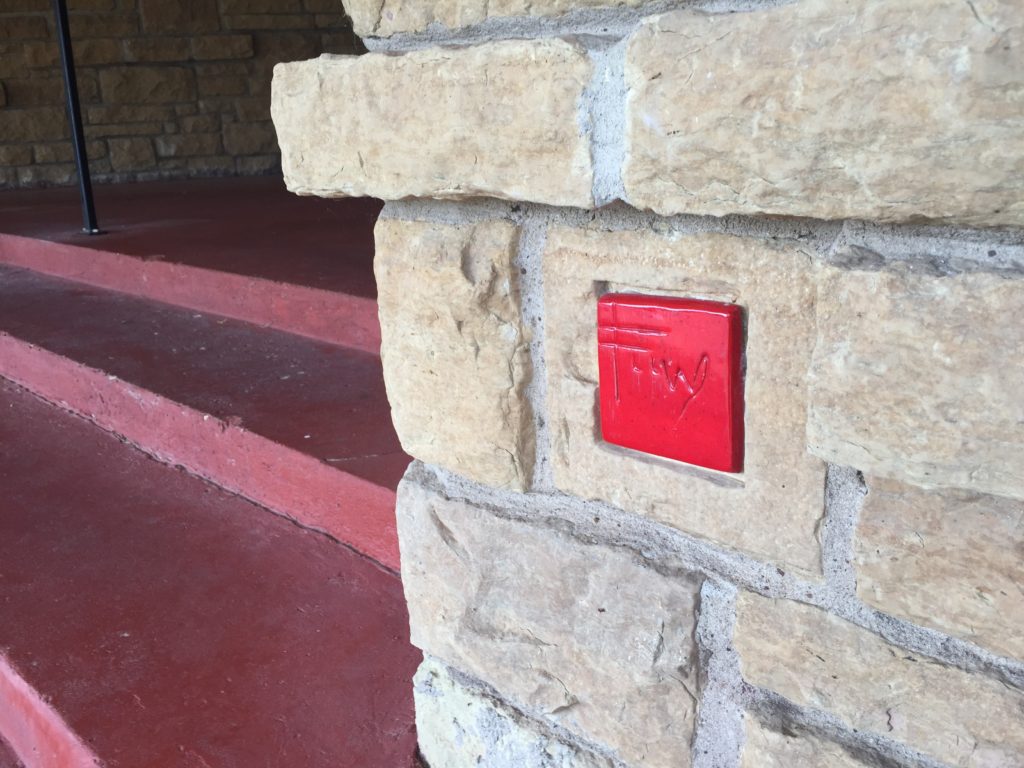 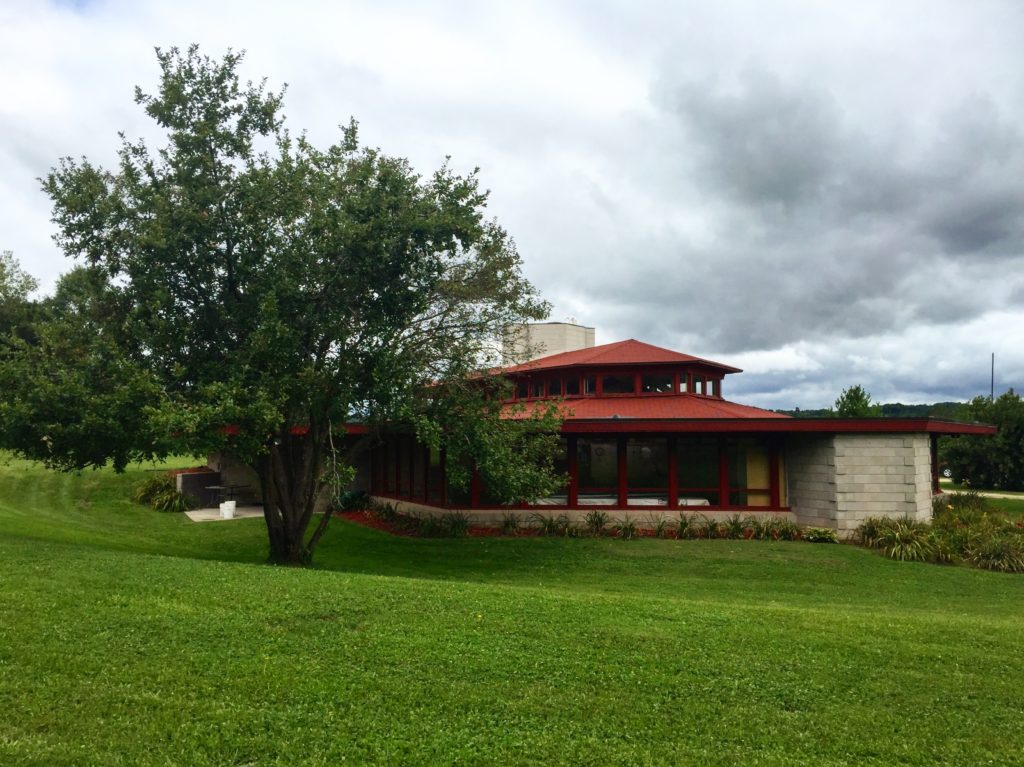 One of the last buildings Frank Lloyd Wright designed before he died, the Wyoming Valley School Cultural Arts Center in Spring Green is the only public elementary school Wright ever designed. Wright donated the design and many of the materials used in building the school in honor of his mother, who was a schoolteacher.

8. Hillside Home School
Built in 1902, Wright designed the Hillside Home School for his aunts, who ran a boarding school here until 1915. Today, the building is home to the School of Architecture at Taliesin, where Wright’s unique style and legacy continue to influence and educate students. 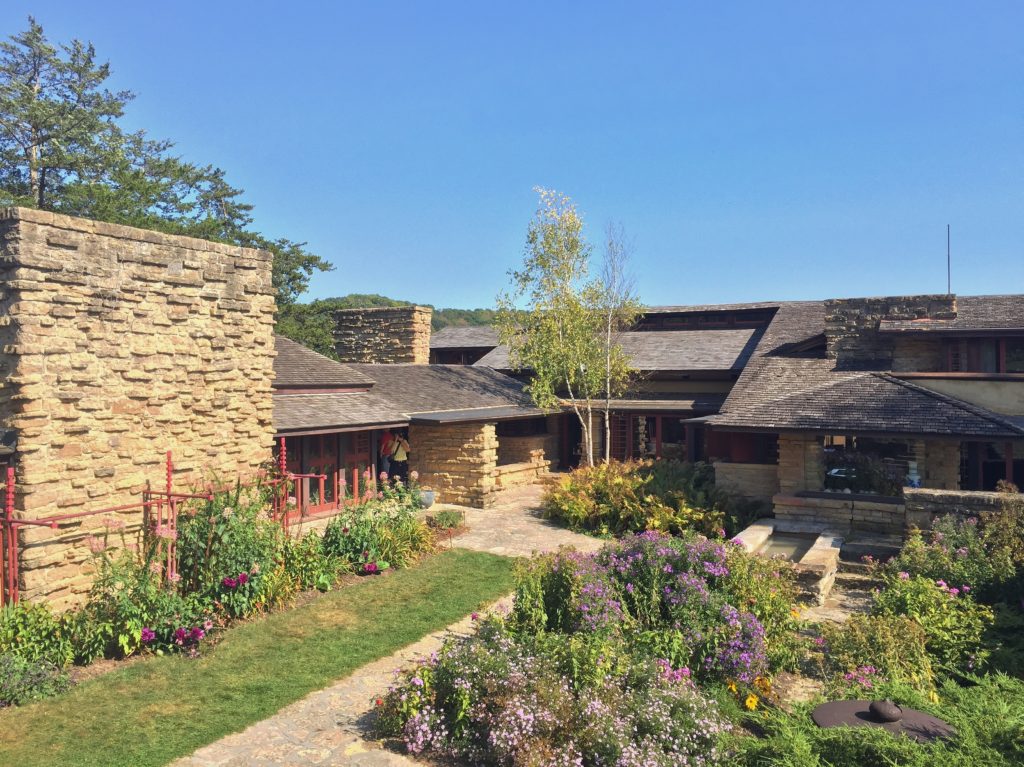 Nestled amongst the rolling hills of the Spring Green area, Taliesin was Frank Lloyd Wright’s primary residence from 1911 to 1959. Its 800-acre campus includes the main house, where Wright lived and worked, as well as Hillside Home School and a number of other buildings Wright designed throughout his lifetime.

Have you traced Wright's steps along the Frank Lloyd Wright Trail? Which stop was your favorite? Share with us on social media using #discoverwisconsin.

Jennifer Ingish is the series producer for Discover Wisconsin. Born and raised in Milwaukee, Jennifer is a proud UW-Madison graduate and an avid Wisconsin sports fan (Go Pack Go!). Stream Discover Wisconsin online at discoverwisconsin.com or tune in every Saturday morning at 10 on Fox Sports Wisconsin.